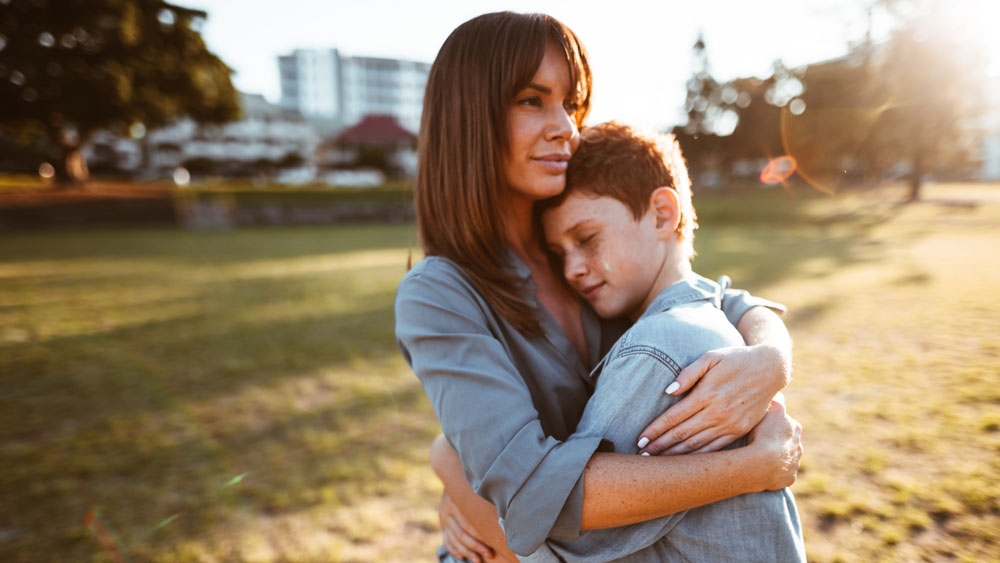 Rani’s Story — How RHCK Helped Me Get My Son Back

Parenting is hard. But it’s especially hard when you’re a single mom, homeless, and dealing with substance abuse. Where do you go? Who do you turn to?

Rani had all those questions and more when she arrived in Muskogee, Oklahoma. Her son Canyon was small, and his father lived in the southwest part of the state, so he was unable to help. Her drug addiction was a constant issue and finding food and shelter was a daily struggle. In desperation, she approached someone she thought would be able to help. A few days later, Canyon was taken from her and placed in foster care. The devastation was overwhelming.

“I thought I was going to die that day,” she says. “I thought I was doing the right thing. I just didn’t understand why we got separated. I was really grateful to God that I had a son because I wouldn’t have continued.”

When you’re living in generational poverty, relationships mean everything. Canyon, the most important relationship in Rani’s life, was now gone. The voices telling her to give up were hard to suppress — but for her son’s sake, Rani knew she couldn’t give up.

She got involved in Bridges Out of Poverty, a group that helps those living in generational poverty. She learned about finances, how to interview for a job, and much more. One of the classes she took was Raising Highly Capable Kids (RHCK). In RHCK she discovered the 40 Developmental Assets — 40 building blocks that every child needs in his or her life to be a healthy, caring, and responsible adult. She learned how important it is to be involved in Canyon’s schooling, how to encourage him to read and spend time on his schoolwork. She started listening to Canyon and encouraging his talents and abilities. She learned how to parent effectively.

When she completed the 13–week course, she graduated at a ceremony held in Muskogee. Mike Haley, Director of Community Engagement for RezilientKidz (which produces RHCK), was there to take part in the ceremony. Afterwards, Rani sought Mike out and asked him for a hug. As they embraced, she began to cry. “Can I ask why the tears?” Mike inquired. Rani explained that because of Raising Highly Capable Kids, she was able to get back custody of Canyon. Looking back on this moment, Mike observed, “What an amazing testimony to the power of RHCK to change lives.”

“Actually,” Rani says, “the very first day of class I wanted to relapse. I wanted to walk out, because it talked about if you have 10 [assets] or less, you could end up having a rough life. It hurt really bad. But when I stopped and listened, I realized there is a different way.” She smiles. “On graduation day my son was here.”

Canyon is 15 now. Rani co-parents with Canyon’s father and stepmother and even offers solutions to issues based on what she learned in RHCK. For his part, Canyon loves having a mom who listens and takes time for him. “We can sit down and talk now, and he’ll even share with me,” she says. “Instead of a lot of anger and frustration, we have a really good relationship.”

Rani is a peer counselor for the court system and has been clean for almost two years. While her challenges with raising Canyon have changed as he’s gotten older, the 40 Assets have helped her along the way and continue to be a resource.

“When I was coming over here, I passed a church and remembered when I was in there,” she recalls. “I was homeless, I had nothing, and I was just so hopeless. I wrote, ‘I have no money to give, but I promise I’ll always serve.’ Because of the hope here, service is my work now and I guess that’s who Rani is. I’ll serve anywhere. Today I’m alive not just to be Canyon’s mom, but I’m alive because I love Rani.”

Kim Trobee is a Regional Representative with RezilientKidz. Read her bio here.

PrevFrom Broken Relationships and Violence ⁠— to a Family of Peace